RESEARCH AND WORK: The Founder and the Head of New IT Labs

The head of the all New IT Labs projects in two main directions:
Tools for Embedded System Design
Distance Learning

In years 2002, 2003 the tools developed by New IT Research Labs are selected to present Research & Development of Belarus on the CeBIT 2002, CeBIT 2003 – the world largest exhibition on computer technologies that is helding annually in March in Hannover, Germany.

The members of the New IT Labs regularly is winning the Belorussian Scientific Student Contests, as well as the grants for young researches from Belorussian Ministry of Education and from Belorussain Fund for Base Researches

From 1999 – the member of IEEE (The Institute of Electrical and Electronics Engineer): Computer Society, Education Society. Participation in the work of Technical Committees on Computer Architecture and Design Automation.
From 2001 – the member of ACM (Association for Computing Machinery)

For all courses there are electronics copies of lectures.
All lectures are given in special room with connection between computer and TV-broadcasting.
The courses labs are organized with help of the project “Distance Learning”

The Head of Sunday Training Center in Informatics and Programming, the coach of Gomel scholars team in informatics
Gomel, Belarus
1997 – present

The teacher of special course in informatics in School 27
Gomel, Belarus
1997 – present

During the time the ICC had created for university the camp computer network, the system for financial, research and education management, E-mail service, WWW-site, and teached to work with computer network hundreds of university workers and students.

Special Belarus President Fund Award (April, 2004)
For private contribution into development of capabilities of talented students
Diploma of Intel-contest of research projects in electronic design automation (May, 2003)
For the project “Integrated Environment for hardware/software co-development of multiprocessor system-on-a-chip”

The Gomel University Scientific Award (May, 1997)
For the set of researches on the theme high level design”

The best author of “RadioWorld. Your Computer” magazine award (December, 2003-2000)
For high quality articles during the year

Have more than 200 research papers in informatics and teaching, including the selected papers for the last three years:

All the following articles are published in Russian language:

Michael Dolinsky
Application of integrated environment for embedded systems development IEESD-2000 to develop the systems on the base FPSLIC
“Chip News”, Moscow, 2000, No 7, p.45-47 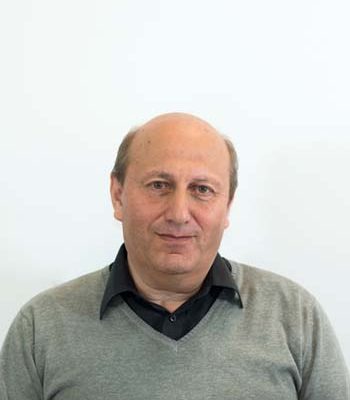